The Village Green is located in the heart of the commercial district and home of the popular Farmers’ Market each Saturday morning from May to October.

The Hooks Wiltse Field has four ball fields, one of which doubles as the home for the Colgate University Softball team.

In December 2008, the Village of Hamilton received a permit from the DEC to clear the towpath along the canal on the West side of the airport going South from Eddy Road. This segment connects the existing towpath trail to Montgomery Street in the Village of Hamilton, next to the Courthouse. It also has a spur that connects to Eaton Street in the village and the North end of the existing trail along the O&W RR into the Village. 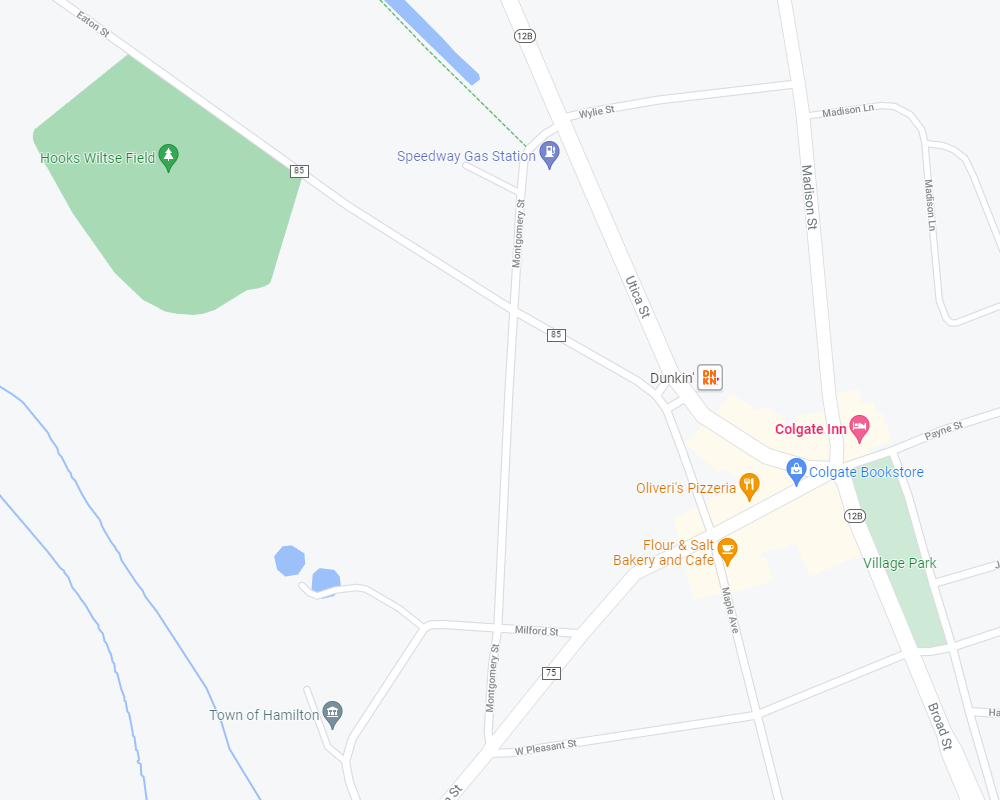 The Village, with a population of 4,239 in 2010, is within the Town of Hamilton and is located in the Chenango Valley in Madison County. The Village is approximately 40 miles southeast of Syracuse and 30 miles southwest of Utica.

© 2021 Village of Hamilton. All Rights Reserved.
Powered by Hourglass Media